PROGRAMME
Urban project on the downtown of Lac-Mégantic and Centre magnétique, a place for co-working, craftsman’s workshop and knowledge exchange aimed at the resilience of the city.

On the night of 6 July 2013, Lac-Mégantic, Quebec, was the scene of a railway disaster that resulted in a violent explosion, the destruction of its downtown and the death of 47 people. This Graduation Project plans a transitional city to respond to the post-disaster situation in Lac-Mégantic. The railway line, converted into a greenway, becomes the backbone of the city. Zones identified as “key” areas allow to link and structure this city in full mutation. These activated spaces are interconnected by ramifications (material or not).

One of the activated areas is the Billots-select wood mill, which the municipality initially wanted to destroy following the new post-disaster axes. Called the Magnetic Centre, it acts as an exoskeleton on the Fatima district and generates plugs that meet the needs of the inhabitants. These plugs can then contaminate the rest of the city in a chain reaction.

The Magnetic Center is both a toolbox and a laboratory of the urban, allowing the population to shape their city according to their wishes.

A territory affected by the disaster

Urban project : a city of transition 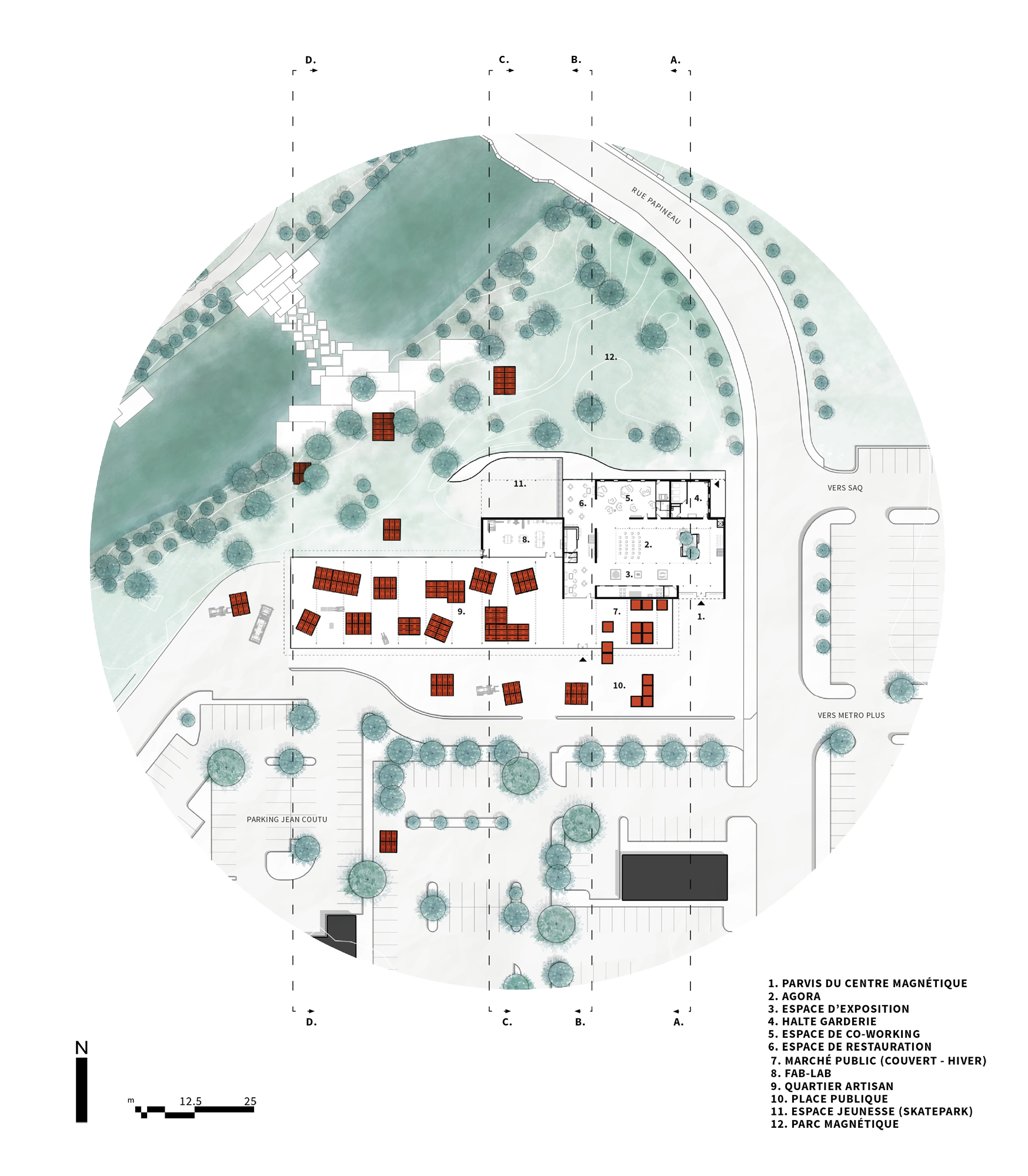